The Early Modern Empires Workshop is dedicated to examining empire and empires from a variety of perspectives. We consider scholarly work about historical empires from around the globe. Major themes include but are not limited to political philosophy, state formation, sociocultural and economic exchange, resistance, materiality, mobility, law, and cultures of knowledge. By uniting methodological, conceptual and geographical diversity this workshop hopes to create an interdisciplinary space to discuss empire and early modernity, while still thinking critically about the limitations of “empire” and “early modernity” as units of analysis. Speakers hail from from academic institutions around the world, and are drawn from departments including history, literature, language/cultural studies, philosophy, economics, and political science.. Anyone who shares the workshop’s interests is invited and encouraged to attend.

The Yale Early Modern Empires workshop is a regular meeting of students, professors, and other members of the Yale community from a variety of departments. For each workshop, we invite a speaker whose work speaks to our general areas of inquiry. Each speaker will submit a pre-circulated paper, which the entire workshop then discusses following a series of initial questions by a graduate respondent. Light lunch is also served.

We welcome anyone with an interest in historical empires in the early modern period to attend the workshop and its related events. If you are interested in receiving emails regarding upcoming speakers and events, please sign up for our mailing list.

We are always looking for new ideas for upcoming talks and events. If you have an idea for a speaker, let us know.

At each workshop, a graduate student serves as a respondent to the speaker’s paper. Please contact us if you are interested in being a respondent at an upcoming workshop.

CONTACT: If you have any other questions or concerns, please e-mail us at european.studies@yale.edu

Stuart Schwartz is a wide-ranging and prolific historian of Latin America, with a special interest in Brazil and the history of early modern imperial expansion. In addition to serving as the George Burton Adams Professor of History of Yale, Professor Schwartz chairs the Council on Latin American & Iberian Studies. Among his books are Sovereignty and Society in Colonial Brazil (1973), Sugar Plantations in the Formation of Brazilian Society (1985), Implicit Understandings (1994), Victors And Vanquished: Spanish and Nahua Views of the Conquest of Mexico (2000), and All Can Be Saved: Religious Tolerance and Salvation in the Iberian Atlantic World (2008) and Sea of Storms (2015). Over the course of his career, he has also served as a fellow at the John Simon Guggenheim Memorial Foundation and the Institute of Advanced Studies, Princeton University.

Carolyn Roberts is an historian of medicine with a joint appointment in the departments of History/History of Science and Medicine and African American Studies.  Professor Roberts’ research interests concern early modern medicine where she explores themes of race and slavery, natural history and botany, and African indigenous knowledge in the Atlantic world.  Professor Roberts is currently working on a book project called To Heal and To Harm: Medicine, Knowledge, and Power in the Atlantic Slave Trade. This manuscript represents the first full-length study of the history of medicine in the British slave trade.  The book’s narrative is centered around the pharmaceutical and medical labor performed by a largely unknown group of African and British women and men, both enslaved and free.  In studying their labor, her project illustrates how the slave trade functioned as an insidious, and even ghostly, knowledge project which pushed the boundaries of pharmacy, surgery, and natural history.  Professor Roberts vividly traces how the slave trade contributed to the development of the pharmaceutical industry, the modernization of medicine, and the advancement of natural history.

Deborah R. Coen is a historian of science whose research focuses on the modern physical and environmental sciences and on central European intellectual and cultural history. She earned an A.B. in Physics from Harvard, an M.Phil. in History and Philosophy of Science from Cambridge, and a Ph.D. in History of Science from Harvard, where she was also a Junior Fellow of the Society of Fellows. Before coming to Yale, she taught for ten years in the History Department at Barnard College and was Director of Research Clusters for the Columbia Center for Science and Society. At Yale she is also a member of the steering committee of the Environmental Humanities Initiative.

A historian of slavery and abolition, Ed Rugemer grew up in Baltimore, Maryland, and graduated from Fairfield University in 1993. He received his doctorate in History from Boston College in 2005 and joined the faculty at Yale in 2007. His first book The Problem of Emancipation: The Caribbean Roots of the American Civil War (Louisiana State University Press, 2008) explores how the abolition of slavery in the British Caribbean shaped the coming of the American Civil War. The book won the Avery Craven Award from the Organization of American Historians for the most original book on the Civil War era; the Samuel and Ronnie Heyman Prize from Yale University; and was co-winner of the Francis B. Simkins Award of the Southern Historical Association for the best first book in southern history. His second book, Slave Law and the Politics of Resistance in the Early Atlantic World,forthcoming with Harvard University Press, explains how the organized resistance of black people shaped the formation of Atlantic slavery.

Peter Perdue is a professor of Chinese history at Yale. His current research focuses on Chinese frontiers, Chinese environmental history, and the history of tea. He has taught courses on East Asian history and civilization, Chinese social and economic history, the Silk Road, and historical methodology. His first book, Exhausting the Earth: State and Peasant in Hunan, 1500-1850 A.D. (1987), examined long-term agricultural change in one Chinese province. His second book, China Marches West: The Qing Conquest of Central Eurasia (2005), discusses environmental change, ethnicity, long-term economic change and military conquest in Siberia and Central Eurasia during the seventeenth and eighteenth centuries. He is a co-editor of two books on empires: Imperial Formations, (2007) and Shared Histories of Modernity, (2008), as well as a co-author of Global Connections, a world history textbook forthcoming from Cambridge University Press, and Asia Inside Out, three volumes on inter-Asian connections forthcoming from Harvard University Press. 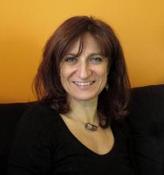 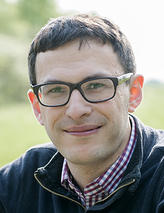